Effects of Hypnosis on GI Problems

Effects of Hypnosis on GI Problems 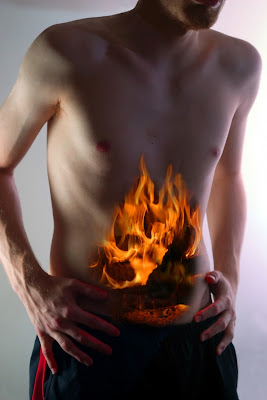 
Hypnosis is a treatment method which still carries an aura of mystery that, unfortunately, continues
to be promoted by misrepresentations in movies and stage shows for entertainment. In reality, there
is little mysterious about hypnosis anymore. It is a well-researched clinical technique which was
formally accepted as a treatment method by the American Medical Association and the American
Psychological Association over thirty years ago. Clinical hypnosis is currently used by thousands of
clinicians in the U.S. to treat both psychological and medical problems.
Until recently, the possibility of using hypnosis to treat gastrointestinal problems had received little
attention. In the last 15 years, however, research has shown that hypnosis can influence
gastrointestinal functioning in powerful ways, and that it is particularly effective in helping patients
with irritable bowel syndrome (IBS) and to control nausea and vomiting.

Hypnosis is a special mental state in which a person's focus of attention becomes narrow and
intense like the beam of a bright flashlight in a dark room. This state is usually created with the aid
of a hypnotist who guides the person systematically to relax, focus only on one thing, and to allow
things to happen by themselves.
Whatever the mind focuses on while in this special mental state of hypnosis holds the entire
attention. Therefore, people tend to experience things they think of, imagine or remember, more
vividly and clearly than under usual circumstances. This is why people can sometimes recall things
from their distant past under hypnosis although they are unable to do so in the normal waking state
(research has shown, however, that such hypnotically enhanced recall can be highly contaminated
by the person's imagination). The narrow hyperfocus of this mental state is also why therapists
using hypnosis are frequently able to help people make strong positive changes in their emotions
and physical functioning. Hypnosis can work like a magnifying glass on the mind's effects on the
body and emotion.

Clinical hypnosis relies on suggestion, imagery and relaxation to produce its therapeutic effects.
Hypnotic suggestions are things that the hypnotist verbally suggests may happen while the person
is under hypnosis. Due to the focused and receptive state of the hypnotized person, these
suggestions happen almost automatically and without conscious decision or effort. For example, if
you receive the suggestion under hypnosis that your arm may be getting heavy, you will very likely
feel it becoming heavy, without trying to do anything to make it happen. This "automaticity" -- the feeling of things happening by themselves -- is by some considered the hallmark of hypnosis and is
often surprising to people experiencing hypnosis for the first time.
Hypnotic imagery consists of mentally picturing events or situations or places in a way that has a
desired positive physical or mental effect. For example, patients undergoing surgical or dental
procedures are sometimes taught to enter a hypnotic state and go to a pleasant place in their mind.
When successfully applied, the person gets completely engrossed in the vivid enjoyable imagery
and is therefore happily unaware of the unpleasantness of the procedure.
The hypnotic state is naturally accompanied by relaxation, and the physical relaxing effects are
often deliberately strengthened further by clinicians through suggestions and relaxing imagery.
Some of the benefits that come from hypnosis treatment are likely to result partly or entirely from
the fact that hypnosis is a powerful relaxation method.

Over decades of research and clinical experience, hypnosis has proven to have many valuable
therapeutic uses. In psychotherapy, hypnotic techniques can speed the therapy process in various
ways -- for example, by facilitating a patient's selfunderstanding, extinguishing unfortunate habits,
uncovering repressed or forgotten memories, reducing anxiety and phobias, and helping a person
to assume a new and more adaptive outlook. In medicine and health psychology, hypnosis is used
to reduce pain and discomfort associated with medical procedures such as childbirth, treatment of
burns, and surgery where chemical anesthesia cannot be used effectively. It is also used to treat
chronic pain and psychosomatic problems and to counter unhealthy habits that can contribute to
illness. In dentistry, hypnotic analgesia is an effective needle-less alternative to topical anesthetic
drugs, reduces bleeding and discomfort in oral surgery, and is used to treat teeth grinding and
temporomandibular disorder.

The Effects of Hypnosis on Gastrointestinal Functioning

In recent years, the effects of gastrointestinal functioning and GI symptoms have been studied
extensively. The hypnotic state itself, without any particular suggestions, seems to slow down the
gut. Clear-cut and specific changes in GI functioning can be induced in individuals by directing
thinking or inducing specific emotional states under hypnosis.
For example, one study [1] found that when healthy volunteers were hypnotized and simply
instructed to relax, the orocaecal transit time (the time it takes material to pass through the GI tract
from the mouth to the first part of the colon) was lengthened from 93 to 133 minutes. Another study
[2] found that being in a hypnotic state decreases muscle movements in the stomach. The same
study demonstrated that the emotional state of happiness, created under hypnosis, suppresses
gastric muscle activity while anger and excitement increase muscle movement in the stomach. A
pair of other studies [3] have shown that when volunteers were guided to use imagery of eating a delicious meal while they were under hypnosis, gastric acid secretion was increased by 89%, and
that acid production of the stomach could also be deliberately decreased during hypnosis using
hypnotic instructions. Close to fifty published studies have reported on the therapeutic effects of
hypnosis on nausea and vomiting problems related to chemotherapy, after surgery, and during
pregnancy. Overall, this substantial body of literature indicates that hypnosis can be a powerful aid
in controlling nausea and vomiting.

Hypnosis may also be helpful in preventing gastrointestinal problems from recurring after they
have been treated with medication. One study [4] of thirty patients with relapsing duodenal ulcers
who had been successfully treated with a course of medication, found that only 53% of the patients
who received preventive hypnosis treatment had a relapse within one year. By contrast, everyone
(100%) in a comparison group receiving no hypnosis relapsed in the same period of time.
In 1984, researchers in Manchester in England published a study [5] report in the journal Lancet,
showing that hypnosis treatment dramatically improved the symptoms of IBS patients who had
failed to benefit from other treatment. The researchers had randomly divided patients with severe
IBS problems into two groups. Fifteen patients were treated with seven hypnosis sessions. Fifteen
comparison patients were treated with seven sessions of psychotherapy, and those patients also
received placebo pills (pills with no medically active ingredients) which they were told were a new
research medication for IBS symptoms. Every patient in the hypnosis group improved, and that
group showed substantial improvement in all central symptoms of IBS. The control group showed
only very modest improvement in symptoms.
Partly due to these dramatic results with treatment-refractory patients, a dozen other studies have
followed, including three U.S. studies. The general conclusions from most of these studies are that
hypnosis seems to improve the symptoms of 80% or more of all treated patients who have welldefined "classic" IBS problems, especially if they do not have complicating factors such as
psychiatric disorders. The improvement is, in many cases, maintained for at least a year after the
end of treatment. What is particularly remarkable is that this high rate of positive treatment
response is seen even in studies where all the participating patients had failed to improve from
regular medical care.

The dramatic response of IBS patients to hypnosis treatment raises the question of exactly how this
kind of treatment influences the symptoms in such a beneficial way.
Four studies to date, two in England and two in the U.S., have tried to discover how hypnosis
treatment affects the body of IBS patients. Since it is well known that many people with IBS have
unusual pain sensitivity in their intestines, which is thought to be related to the clinical pain they
experience, much of the focus of these studies has been on assessing the impact of this kind of
treatment on intestinal pain thresholds.

For Deatil see this
http://www.med.unc.edu/ibs/files/educational-gi-handouts/IBS%20and%20Hypnosis.pdf
Posted by Unknown at 06:12